Esther McVey has been sacked as the Minister of State for Housing, in the middle of Boris Johnson’s first major Cabinet reshuffle since he became Prime Minister in July 2019. She leaves Cabinet, barely eight months after joining it.

Ms McVey tweeted: “I’m very sorry to be relieved of my duties as Housing Minister. I wish my successor the very best and every success.”

Her dismissal as part of the reshuffle means that the Conservatives will now be appointing their 10th Housing Minister, since entering power in 2010 – equivalent to one new Housing Minister each year.

The Minister of State for Housing is a role that, with the appointment of a successor to Ms McVey, will have been held by no fewer than 10 individuals, since the Conservatives entered government in May 2010.

Property Notify has contacted the Ministry for Housing, Communities and Local Government (MHCLG), as well as the Cabinet Office, asking for clarity about the identity of Ms McVey’s successor in the post.

The Cabinet Office initially referred Property Notify to the MHCLG, before saying “appointments will be made in due course”, before directing people to await any appointment updates on the Number 10 official Twitter page.

Ms McVey had been a former leadership rival to the Prime Minister, as recently as last summer. Admitted into Boris Johnson’s first Cabinet, Ms McVey has served as the third person to carry out this role in Cabinet in just two years.

Her brief tenure occurred during a period in which housebuilding increased, but concerns were raised about a shortfall in affordable homes by a number of housing groups and charities, who suggested the Government should boost housebuilding expenditure.

Not only did the Prime Minister lose his Minister of State for Housing this week – Chancellor of the Exchequer Sajid Javid has now become one of the shortest serving Chancellors since Iain Macleod, who held the position for just one month in 1970, before passing away unexpectedly while in office.

Mr Javid was expected to deliver the impending Budget on 11th March, but reportedly quit his role in the Cabinet, having been delivered an ultimatum by Number 10 asking him to choose a new team of Special Advisers.

Having refused to comply, Mr Javid now leaves the Cabinet, to be replaced by Rishi Sunak, a 39-year-old Minister who has been in Parliament for barely five years.

Mr Sunak holds a degree in PPE from Oxford, and boasts a CV that included roles at Goldman Sachs and hedge fund management firms, before his political career began.

Pippa Crerar, political editor for the Daily Mirror, claimed: “Ultra-loyalist Rishi Sunak will become new Chancellor. Suspect ‘Chancellor in name only’ label will return. This is part of a power grab by Number 10 [and] Dominic Cummings, [who] wanted control of Treasury purse strings.”

The next Budget, due by mid-March 2020, is still expected to take place, with the new Chancellor given less than a month to prepare. 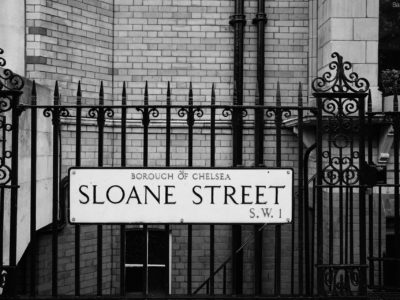