The average income required for a first-time buyer to purchase a house has increased by 9 per cent since 2016, according to the recent Zoopla UK Cities House Price Index.

At the lower end of the scale, buyers in Liverpool now need an average salary of £26,000, while in London, homebuyers require an average household income of £84,000, the index reported.

However, data showed that the income needed to buy a home across the three most-expensive cities of London, Cambridge and Oxford, dropped by 5 per cent, compared to 2016. This was due to lower house prices and cheaper mortgage rates, says Zoopla.

House price growth across the UK’s major cities continued to slow in May, as affordability remained stretched across the UK. The average cost of a home rose by just 1.8 per cent in the 12 months to the end of May.

In Aberdeen, property values were 4.2 per cent lower than they were in May last year, while Cambridge and London saw a decline of 0.5 per cent and 0.4 per cent respectively.

Cities that showed strong growth in property values included Glasgow, which reported the strongest gains, at 5.1 per cent over the previous 12 months. Liverpool also saw a strong increase, of 5 per cent during the past year. This was followed by Belfast, at 4.6 per cent and Nottingham and Leicester, both at 4.5 per cent.

A spokesperson for Zoopla commented: “The high income needed to purchase a property is limiting the number of buyers in the market, leading to weaker demand, subdued transactions and sluggish price growth, or even price falls. The current fundamentals of house price affordability and mortgage regulation suggest house price inflation will continue to slow across southern England.”

The spokesperson also said that affordability pressures have been less acute in cities with lower property prices, leading to above-average growth in those places. This trend is expected to continue for the rest of 2019, with house price gains in cheaper cities continuing to outstrip earnings growth, according to Zoopla. 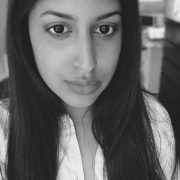 Cash Buyers Continue to Exit Market Due to Brexit Uncertainties