November 2019 saw rental growth accelerate across Great Britain, returning it back to its long-term average, according to data from Hamptons International.

Average rents grew 2.1 per cent, above inflation but below the growth in average wages, when compared with data from the Office for National Statistics. Rental growth was 1.1 per cent in November 2018, indicating a clear quickening in growth.

Newly let homes cost an average rent of £989 per month across Great Britain as a result, £20 higher than in November 2018.

This rise in rents follows a survey by ALRA Propertymark last month, which revealed that half of lettings agents recorded a hike in rents in October.

The North barely experienced any growth in rental costs, however, registering just 0.2 per cent growth on an annual basis in November. Greater London, where housing costs are typically higher than in the rest of the country, saw rental costs rise 1.1 per cent, half the speed of the national average.

Weak supply of rental homes was cited as a leading cause of rising rents across the country, with Hamptons International estimating that there were 7.8 per cent fewer properties available for rent in the January-November 2019 period, as compared with the same months in 2018.

Regulatory changes, including a proposed scrappage of Section 21 earlier in 2019, caused some landlords to sell properties in recent months, reducing the number of available rental properties.

Hamptons International noted that this was the first rise in the region since 2015, but also added that it was partly due to fewer owner-occupiers being responsible for transactions in the market, suggesting a more complex trend taking shape.

The introduction of the Renters’ Reform Bill could have a significant impact on rental costs, especially as groups such as the Residential Landlords Association (RLA) have been vocal about the risk of a significant sell-off by landlords and letting agents, if Section 21 repossessions are ended.

The RLA claimed such a policy was expected to result in 46 per cent of landlords and agents wishing to sell, if such a measure came to pass, constraining the supply of rental properties, and putting upward pressure on rents.

The Bill is expected to be brought before MPs and Peers sometime during 2020, after being officially included in the post-election Queen’s Speech last month. 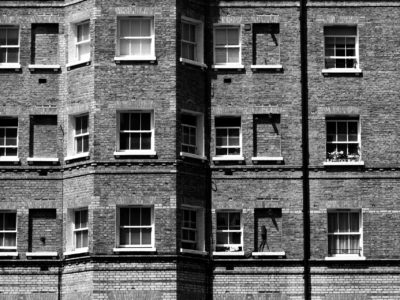