New Scottish Homes to be More Sustainable by 2024
0

Newly-built Scottish homes are to use low-carbon or renewable heating to ensure more sustainable housing by 2024, according to proposals by the Scottish government.

A drive to ensure greater energy efficiency and curb carbon emissions in Scotland will be part of the Scottish government’s plans for £30 million of spending in new investments for projects using renewable heating technology.

The proposals are all part of a shift towards greener housing, echoing a proposal made by the Labour Party in its 2019 election manifesto. Labour proposed a “green revolution”, in which it set targets to ensure the creation of eco-homes, with proper insulation, as part of its main ambition, to cut carbon emissions by 10 per cent by 2030.

The move to build greener homes in Scotland comes, after the SNP’s own manifesto pledged to support a green tax deal, promoting better energy efficiency in homes.

The Scottish government’s environmentally friendly agenda comes as no surprise, when you consider the impact Scotland is having on the environment.

In June 2019, the Scottish government estimated that Scotland emitted a total of 46.41 million tonnes of carbon dioxide equivalent (MtCO2e) in 2017. This represented a drop of 3.7 per cent from 2016, but it still fell short of the government’s own 2017 emissions target, of 43.94 MtCO2e.

It has been estimated that in the first five days of 2020, the average person living in the UK was responsible for emitting more carbon than the average person in Rwanda would emit in a whole year, according to new findings by Oxfam.

Climate change and a shift towards greener living has become more of a hot topic for governments all over the world, especially following the highly-publicised fires in the Amazon rainforest last year, as well as the extensive Australian bushfires in more recent weeks.

The future is green

In order to deliver a new generation of sustainable homes from 2024, the Scottish government intends to be proactive in the fight against climate change, setting a target of net-zero carbon emissions by 2045. There is also an interim target of ensuring a 75 per cent reduction in emissions by 2030.

This suggests that much of the heavy lifting is expected in the coming decade.

Scottish energy minister Paul Wheelhouse explained: “It’s become increasingly clear that the pace of decarbonising Scotland’s domestic and non-domestic buildings has to increase significantly, to achieve those aims, and emissions from our buildings will have to fall close to zero.”

The government intends to make a start on this, by conducting a review of energy standards that are fundamental to building regulations in Scotland. The aim of this is to re-engineer these regulations and ensure that both domestic and non-domestic buildings will be better-insulated and more carbon-neutral.

Mr Wheelhouse added: “We will ensure that new homes and buildings across Scotland meet the challenge of the climate emergency, combining the action we need to take on climate change with our ambition to provide affordable, warm homes.” 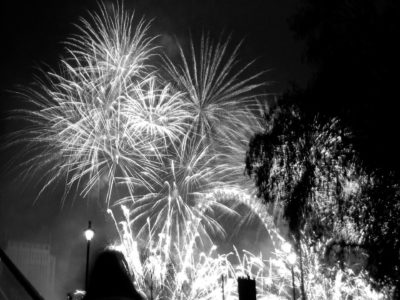